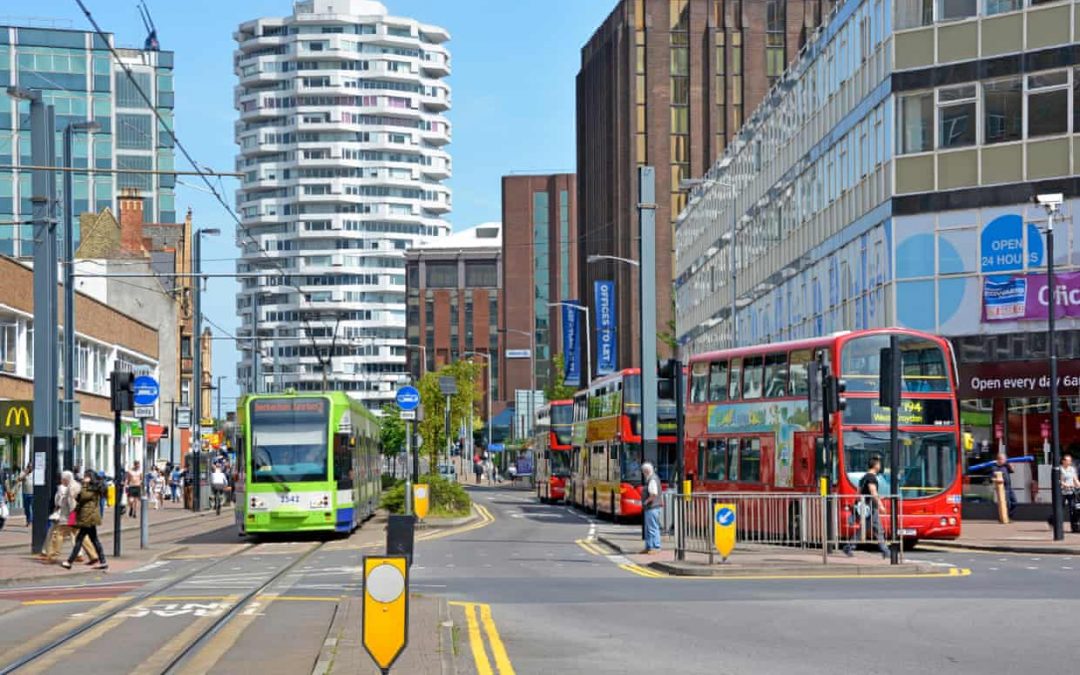 Let’s move to Croydon, south London: is Stormzy’s birthplace the Centre of the Universe?

It’s been through countless incarnations, but it could just be its time has come.

What’s going for it? Croydon’s had more reinventions than Madonna, more facelifts than Joan Rivers, risen from the dead more times than Nosferatu. At various times, it has been market town, saffron supplier, archbishops’ retreat, industrial town, home of London’s first airport (when flying was glam), a mini-Manhattan of towers and flyovers, and a byword for suburban ennui. Now, thanks to a namecheck from homegrown Stormzy at Glastonbury, years as the birthplace of dubstep and considerable hard work from the council planning department to ameliorate its landscape, Croydon is the centre of the universe. Or nearly. The anticapitalist in me might shudder at new arrivals such as shipping-container complex Boxpark, the self-styled “iconic” Saffron Tower and (possibly) a new Westfield, but on the other hand, trams! Love a tram, me. Lovely new public spaces! Ditto. The refreshed Fairfield Halls! Good enough for Chuck Berry and Bucks Fizz. And so on. There are always pluses to the minuses, if you care to look.

The case against Continual reinvention is tiring, and not always for the better. Attracts sneers, but who cares about trolls? Purley Way – even outside rush hour.

Well connected? Very. Trains: from East Croydon to London Bridge, Victoria, City Thameslink and St Pancras (all mostly 15-20 mins), to Clapham Junction (9 mins) and out to Surrey, Sussex and Gatwick (15 mins). West Croydon is on the Overground, for east London and beyond. Driving: 25 mins to the M25, a good hour into central London if you’re lucky; traffic can be snarly. Did I mention Purley Way?

Hang out at… Boxpark at least delivers the world on a plate, from Taiwan to Sri Lanka via gourmet doughnuts. Shoutouts for Anabella’s Kitchen, Matthews Yard and tapas at Galicia.

Susan Moore “The Ludoquist, a board games cafe with craft beers and great gluten-free brownies.”