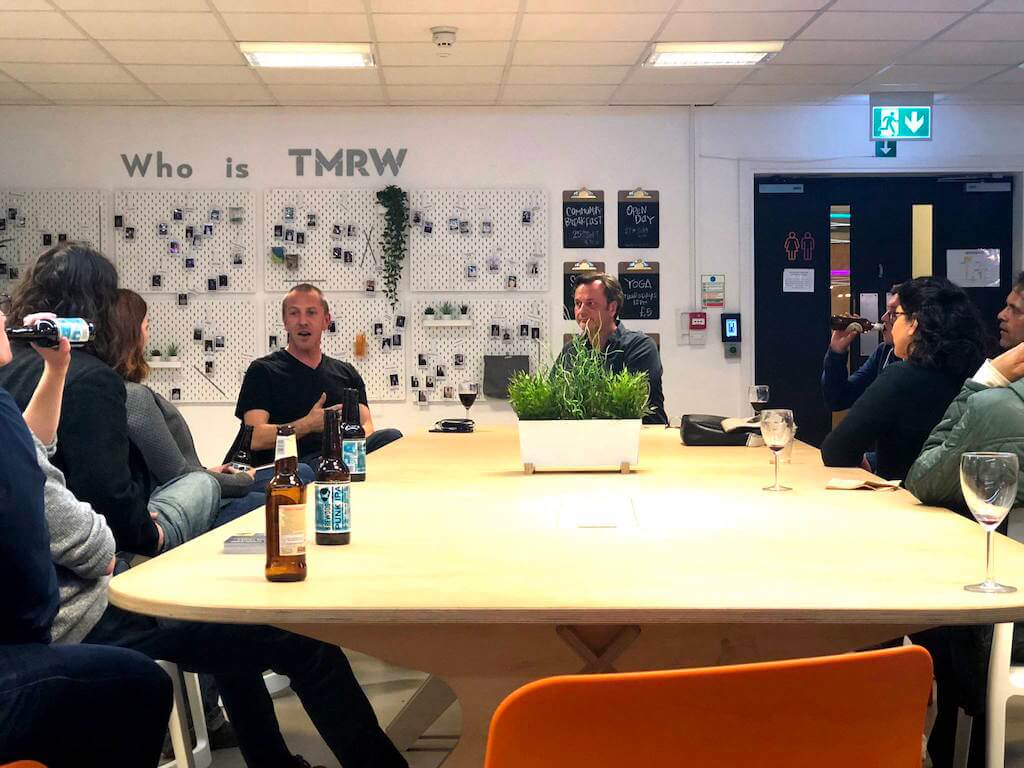 We had the pleasure of hosting one of London’s most famous and outspoken VCs, Fred Destin, for an Ask me Anything session.

Fred knows a thing or two about turning startups into multi-billion superstars, the big no-no’s, the pitfalls and many mistakes made along the way, and how to navigate the treacherous path to exit.

He was the early investor in a plethora of amazing companies that include Deliveroo, Zoopla, Pillpack (acquired by AMZN last month, another unicorn exit), Carwow, and was an active investor with Secret Escapes, Integral Ad Science, TheCurrencyCloud, Kinvey, Lagoa (acq. Autodesk) Dailymotion (acqu. Orange), PriceMinister (acqu. Rakuten) and others.

His new fund is STRIDE.VC, a seed stage fund focused on disruptive startups, which he started with Harry Stebbings, the founder of The Twenty Minute VC, the world’s largest VC podcast.

TMRW: How important are pitch decks?

Fred: People get all sorts of advice that you need to talk about market size, about competition but often you end up stripping out the individuality of the story. Go back to your foundational story and what you’re good at. Yes, you have to deliver certain critical data points but what you really have to ask yourself is if you have a story that is unique, meaningful. Something real that drives you.

TMRW: You talk about stories but amazing geeks are not great storytellers.

Fred: But they are! I worked with someone who was a (really) big guy, socially inept, a total geek and nano-scientist. But he was kind of funny. There was something about him. The key with him was finding his inner actor. In what context do you tell stories well? Fundamentally people invest in people.

You have to build a relationship with the person on the other side of the table. You want to build a network of supporters for no other good reason than people think you deserve a shot.

TMRW: If you’re preparing your deck, should you prepare different ones based on whether the VC wants to hear stories and then another deck that is just for the wider VC audience?

Fred: Nearly everyone invests in stories. The fact is, the investor is going to forget pretty much everything you tell them except the core of your narrative – anecdotes, human interest stories, a mission they can get behind; something they can feel.

TMRW: And beyond the story?

Fred: You have to think on your feet about what you’re trying to achieve. People want to know that it’s going to scale. You want to show them a five-year plan so they get very excited and then a six-month plan so they know you know what you’re doing, you can execute. It’s a combination of showing them the vision and then the short “this is how I’m going to execute.” You want to aim high but then show that you’re not going to die trying. So you need to address all the right points.

If you’ve read Jerry Wiseman’s ‘The Art of the Pitch’, he always goes back to the same issues - what is the problem you’re solving? Why should people care? Why do you matter? Why you exist, why you deserve to be on the map.

TMRW: The lack of diversity in technology is a massive challenge right now. How do people that lack access to the VC ecosystem get a foot in the door?

Fred: It’s going to take at least a generation for real change to occur. The reality is that no one cares about you; it’s your journey. You’re more likely to win it on your own terms than try and fit into the system.

You have to outperform; it is what it is and yes, it’s totally unfair. The deck is stacked against you. I think as an industry we’re way more aware but it’s going to take a really long time to change.

TMRW: How do you and Harry’s (Stebbings) profile when it comes to investing differ?

Harry is a better judge of character and he’s more of a skeptic. I’m an enthusiast who has learned to rein myself in through experience. I’m a creative mind, so I find so many things interesting. But if I’m pounding the table, don’t stop me from doing what I want to do.

TMRW: What’s important to you?

The problem with lots of VCs is that their advice is correct but it’s out there in the stratosphere. You need to have good operational sense. I try and live in the deep reality of the company; short of time, not enough people, too much to do; how to prioritise and say no to all the rest etc…

TMRW: I’m interested in non-exit companies that are just good companies that make money. Is there room in the VC community for these type of businesses?

Fred: VCs have an obligation to return capital to their own investors. There are a few funds that have very long-term views, like 40 years (for instance family offices; they don’t need an exit, they are happy building assets and keep them and build some more). So yes, you can find long-term sources of capital that will support businesses with no interest in exiting. The Ferrero family, which produces Ferrero Rocher, is a third generation business and they’re interested in supporting businesses for the long term.

We do need an exit. I ask myself two questions, “Am I building a sustainable business over time and do you have strategic value? Do you have something unique in an industry that matters?

In my experience, being an entrepreneur is exhausting. Most people don’t want to be on that journey for long periods of time. I think the human cycle of the entrepreneur is that they also have a sell-by date.

TMRW: How much planning and research do you like to see when a start-up comes to you?

Fred: Do something where you have a real sense of mission, where it’s something you care about. It’s such a hard journey and you have to talk to your spouse and say, “Hey, you’re not going to see me for four years," so make it something worth it.

At the beginning, what matters is engaging with your users and making sure you’re the team that can do it. I would far prefer to see people who have not committed a line of code but have engaged with 100 or so consumers and have a real deep understanding of why they should care about your product.

The other is the person that has actually committed to creating something and has a number of users and is really getting traction. I have a lot of respect for engineering and design and I tend to over bias anyone with those skills. So you can call that market research if you like but it’s really field research.

I find it insane when people don’t know their competitors and haven’t done any market mapping. It happens all the time. It’s like only two days of work and it’s absolutely essential. That work is something I expect you to do. Just do the work. Know the history of your industry. I think there’s a lot you can learn from knowing that.

TMRW: You said, “Not everybody is right for VC investment." What does that mean?

Fred: We only do one thing – we build big things fast. We adapt at the speed at which a company should go but mainly it’s fast and that’s not for everybody.

TMRW: What sort of things would you promote within a company to get maximum valuation?

There are models that actually lend themselves to not monetizing too early. The false dichotomy of profit vs. no profits is not an interesting one in my mind. Some businesses need scale before they can monetize. Each to their own. Some time you sacrifice short-term profitability because you’re building something long term.