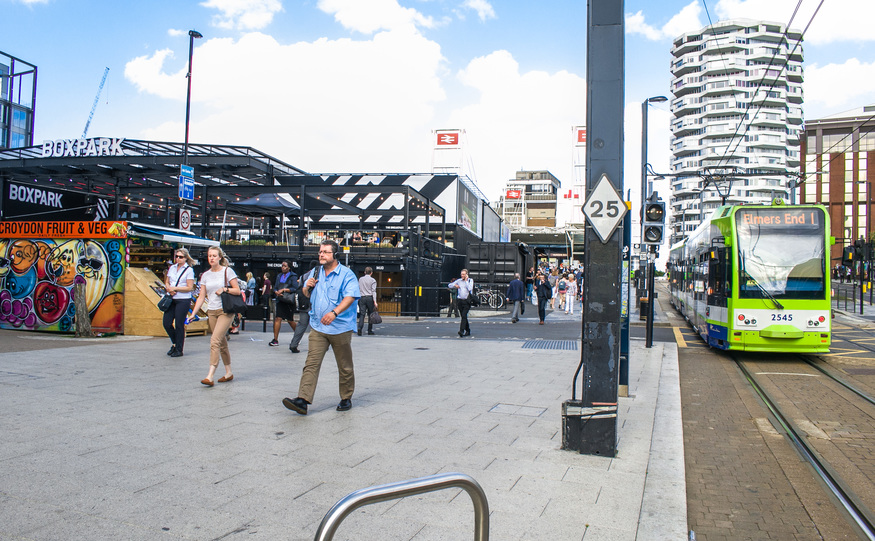 Neil Williams, Chief Digital Officer at Croydon Council, explains why these days, it’s all about Silicon Flyover, not Silicon Roundabout.

The Guardian recently declared Croydon the centre of the universe. (And actually, Londonist wrote a similar ode  in 2017.) but they forgot to mention one thing: its vibrant and fast-growing tech scene.

I don’t blame them. Until last year, I lived a London-centric life as a tech leader, close to the Silicon Roundabout of Old Street and the startups of Shoreditch. Purportedly it was the place for a digital professional to be, but I found it somewhat soulless, increasingly expensive, a daily battle to get to on the tube, and like many places in central London, it gave off an eerie sense that some of the true grass-roots community and creativity had been driven out to somewhere else.

Standing on the hill of Crystal Palace and turning my back on the inner city, I found out where. A new opportunity as Croydon’s first Chief Digital Officer drew me to discover the less well known tech heaven that was thriving 15 minutes out of central London. A year later, I’m now a complete Croydon convert, banging the drum for start-ups and scale-ups to come to the Cronx, aka the Silicon Flyover. Here, the genuinely counter-cultural community is the ideal home for digital disruptors.

Don’t believe me? Here are five good reasons you should:

1. It’s one of the fastest-growing tech clusters in the UK…

‍‍In fact, Croydon is already home to around 8,000 digital, data and tech workers in over 2,000 companies, from early stage tech startups to large digital teams in the likes of Natterbox, Dotdigital and the Home Office — and they’re a super friendly bunch, eager to meet and collaborate. There’s a lively meetup scene in the town’s independent cafes and workspaces and an active Croydon Digital community.

‍2. The (counter)-cultural scene is perfect for tech

It has a long-standing culture of rebellious creativity, too, perfect for tech’s disruptive revolutionaries. Croydon locals The Damned released the world’s first punk single and Sex Pistols founders Jamie Reid and Malcolm McLaren studied art here. Croydon invented dubstep, and has since brought you grime megastars Stormzy, Nadia Rose, Big Shaq, and Krept & Konan — whose local Crepes and Cones restaurant sees many a UK rap artist swagger through the doors.

There’s street art around pretty much every corner — Banksy even recently took over a Croydon shop window.

Rumoured to be the inspiration for Judge Dredd’s Mega-City One, Croydon’s town centre has a retro-futuristic feel with iconic brutalist buildings — as seen in Black Mirror’s Bandersnatch episode — and it’s in the midst of a £5.25bn regeneration. Now, skyscrapers are rising up all over, the 21st century glass towers complementing the 1960s concrete.

Think of it as a city within the city — all the cachet of the capital, but with an identity of its own and friendlier community feel.

Oh, and it’s about one fifth of the cost of central London. Yep, you heard right.

There’s barely time to get your phone out on the train to Croydon. It’s under 15 minutes from central London and Gatwick, and only 40 minutes from Brighton.

It’s the perfect London launchpad for international tech businesses and the ideal spot to scale into if rising central London rents are squeezing your bottom line.

5. The council has a genuinely exciting digital strategy and values tech

The local authority in Croydon is committed to creating the conditions for tech businesses to flourish, and is actively leaning into tech-led growth. It just published a new digital strategy [pdf] (which I led on) full of commitments to support the local tech ecosystem such as tapping into Croydon’s diverse and young population (the borough has the highest count of under-18s in London) to create a future talent pipeline for tech employers.